Growing up I had a cousin who was crossing the street by the school bus and was hit by a car and died. This happened roughly 15 years before I was born, so I never knew him. I remember seeing his picture in one of those collage frames from the 80’s at my grandmother’s house. I knew his name and how he had died but that was about it. I was a lot younger and it was a different time.

I now have 2 children that were born following the death of their older brother We (thankfully) live in the age where mental health is discussed openly and grief (for the most part) is acceptable. I can talk about how my husband, daughter and I were in therapy and how we’re dealing with PTSD and anxiety. And never ending grief.

The term rainbow baby is fairly new and for those of you that don’t know what it means it is the phrase for a child that is born following a loss or a miscarriage. It’s supposed to signify your ‘rainbow after the storm.’ While the term is not a favorite for everyone, it works for me better than describing my children as the ‘before and afters.’

Rainbows are new. We are living in a time where you acknowledge the loss of a child, even a young one. Their death is no longer swept under the carpet never to be spoken of again. I am raising 2 rainbows right now that will grow up knowing their deceased brother. 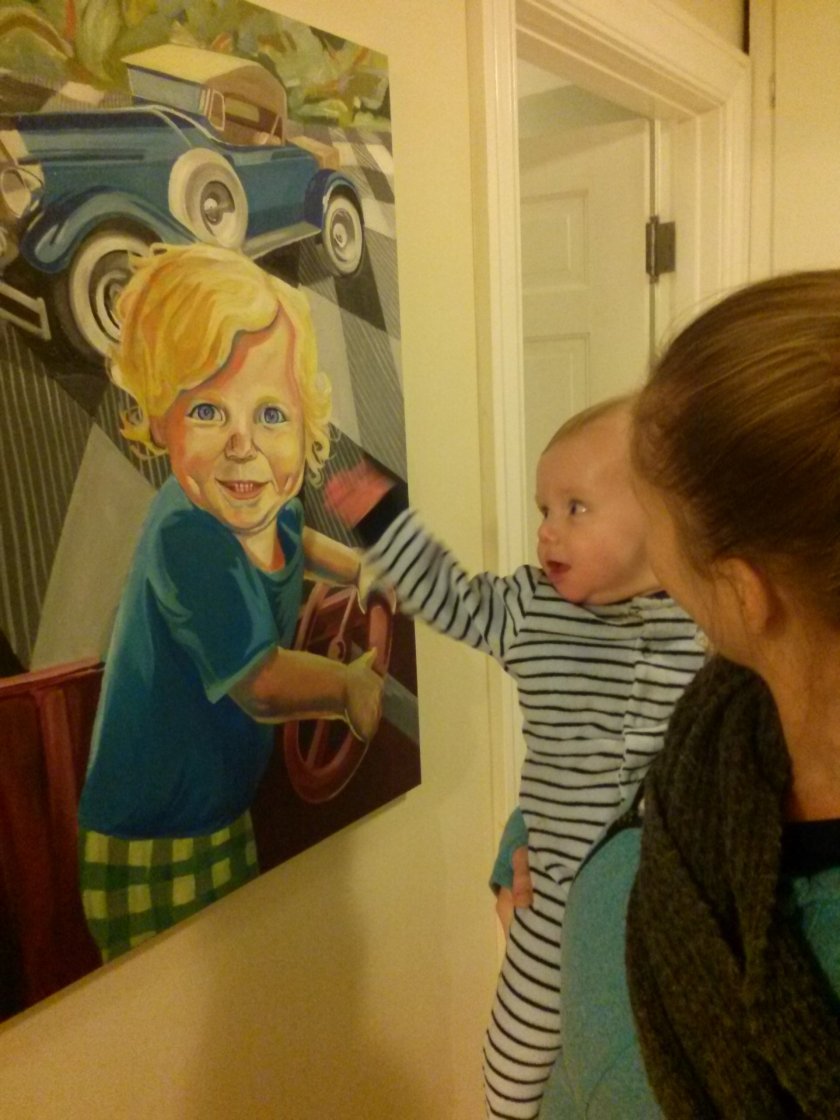 We go to the cemetery where there are toys. There are trucks and balls and buses and even Captain America. My rainbow son who is nearly 4 loves being there. He never knew his brother.

Death to him was a foreign concept. He has grown up knowing that his big brother is in heaven. He accepted that because that is all that he knows. Death was not sad to him, just a part of life. Until our dog died. Then death became real. I think it made him realize that his brother was here in the physical sense and is now gone. It made it real and it made it sad.

We drive by the cemetery several times a week and he says hi to his big brother and blows him kisses. Once the dog died the questions started. Is the dog with Benny? Why won’t Benny bring him back? He talks about how he misses the dog and also his brother and he just wants them to come home to play with him.

I never saw this coming. This is all so new and there is nothing in place on how to raise a rainbow baby. I am out of my depth here. Most days I’m just trying to make it through raising my children to be good humans and then bam! The questions start and the grief truck reels in and hits me square in the heart.

I try to answer him as honestly as I can. One of the best pieces of advice I was given by a therapist was to only answer the question being asked. As adults we analyze and obsess over some of our kids questions, but sometimes we just need to remember they are simple questions that only need simple answers. Kids don’t think with the complexity that we do. And my favorite answer sometimes is simply, ‘I don’t know.’ I don’t have all of the answers, even though as parents we feel that we should.

We talk about my son that died and we look at pictures with our kids. We celebrate his birthday because we want to remember that he was here and even though they didn’t know him, he was still their big brother.

One thought on “When Your Rainbow Baby Asks Questions About Death”

Through tears and laughter, in whispers and screams from my shattered heart as I search for calm