I’m not sure anyone actually enjoys getting older. Tomorrow marks the beginning of another decade and on January 24th I will be entering my 40th year. I was born in 1980, so my birthday always coincides with the year. Each new decade, I am a decade older.

I’d be lying if I said I haven’t been dreading this until recently. How the hell am I that old?? It doesn’t seem possible. I look in the mirror confused by the same eyes that have looked back at me since I was a young girl. Sometimes it feels weird to be in my body. And then I look back at pictures and memories and I’m floored by how much I have done. And how much time has passed.

I always dreaded getting older. My mom died young at 49. The thought of losing everything scared me. Then my son died at 18 months and the term of dying young seemed relative. None of it makes sense.

About a year ago a fellow loss mama shared with me that she loves getting older. And I didn’t know what to say. I hadn’t ever thought of that attitude as an option. But now as I look back on the last decade, not only am I happy to be getting older, because of every day is a gift, I cannot wait until midnight.

Everything is numbers for me. And these last 10 years have SUCKED. I continue to feel like my 30’s weren’t so great, ok, they were awful. I am convinced that if I go into my 40’s with an open heart and mind, I may have a fighting chance.

No, there are no promises this decade won’t suck too. That’s ok. It just feels like I grew up. A lot. And maybe I can be better prepared for my 40’s to suck because I’m not only taking the sorrow with me, but the growth as well. And that’s something.

Just heard this song for the first time. Wow. Love to anyone missing someone today. ♥️

Man, this one hit home. Be it my mom or my son, I could have written this. Besides believing in the cliches, because that will never happen.

You Didn’t Deserve to Die

I lost my mother at the age of 16, back in 1996, during the birth of the internet. She died before you could share her obituary on Facebook and receive condolences from across the world. There was no GoFundMe started to help our family cover her medical costs associated with breast cancer. There weren’t any support groups for me to join online where I could meet other motherless daughters. It just was.

Fast forward to 2013. I was removing my 17 month old son from his car seat, when I reached in to turn off my car. We were both hit. I survived, he did not. This story was covered in the news, incorrectly over and over again, ad nauseum. But this wasn’t 1996. The news wasn’t only on television.

When we got home after saying good bye to our son for the last time, there were reporters everywhere. They followed us to a neighbor’s driveway as we tried to see our daughter. We had to sneak into our house through our neighbors yard, into our back door to avoid them. One of the first things we did was take down our Facebook pages. We did not want the press to have access to our family photos. We did not want anyone to find out on our social media accounts about the accident. It didn’t matter. It happened anyway.

I just recently signed back onto my own Facebook account after almost 6 long years. I couldn’t shake the feeling that people had access to our photos and could take whatever they wanted whenever they wanted. I honestly felt like I had to hide, I’m not sure from whom? Maybe being on social media again made it all the more real that my son had died. The whole mess with the media just felt like a huge invasion of our privacy and it’s taken me a long time to get over that.

Going back to social media came with some other pitfalls. Do I share my grief? How much do I share? Will people just roll their eyes at the mom whose still crying over her loss from 6 years ago? I mean, she had 2 other babies, can’t she just be happy?

I am happy, but I am also grieving. And boy do I share it. I never in a million years thought I would be able to allow myself to be so vulnerable. But here I am. Blogging. And running a Facebook group. And sharing my feelings on my personal page. Because grief is a huge part of who I am now. And as much as that sucks, it’s my reality.

One of the best things that came about from getting back onto social media for me was connection. I have met so many other moms and dads going through what I’m going through. Suddenly, I don’t feel so alone.

Hours after our accident, friends of ours started a ‘YouCaring’ (now GoFundMe) site. We didn’t even know thetr were fundraising platforms for our situation and had no idea this was even going on for several days. Then all of a sudden we were given access to not only money, but so much love. We poured over the comments from complete strangers. It made it a little less worse when we felt all of that love. We watched as our community reached far and wide and embraced us.

We were able to create a book with all of the beautiful comments shared on our sons obituary. We have every single thing written about him/to us from friends, family and strangers alike. It’s pretty amazing that we get to keep those sentiments to reflect on, because we certainly weren’t in a good state of mind to view them when it all happened.

It’s interesting how social media has shaped my grief process in the present vs. the past. I’m not saying it’s all good, because for me it’s certainly been complicated. All that access to information is bittersweet when you’re trying to deal with a delicate situation, such as sharing the news of the death of a loved one. But it can also be a platform to share memories too. I’m honestly not sure if I prefer my pre social media grief or not. I just know that either way, grief is complex. And it sucks. 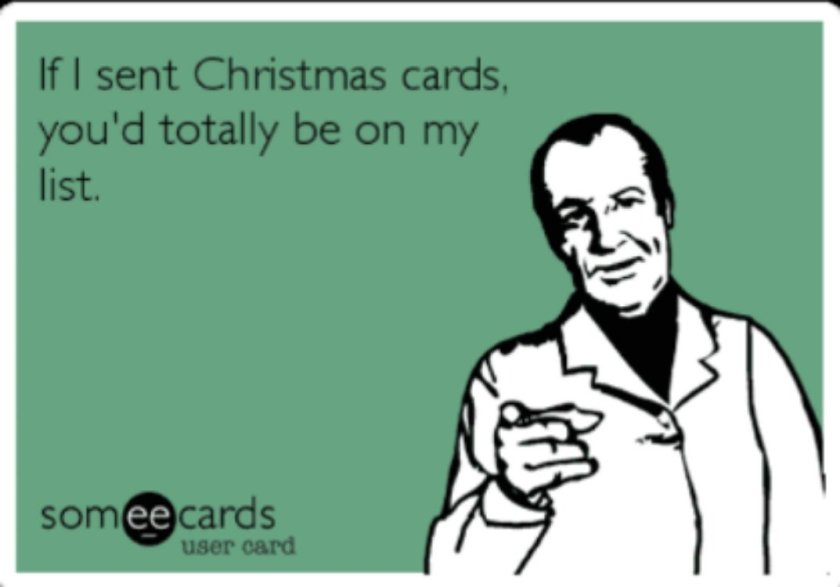 It’s the most wonderful time of the year. For most. Well, maybe not really most. For some? If there’s one thing that grief has taught me, it’s that no one is immune. Chances are, everyone is missing someone this season. And that makes it hard.

It’s hard to get into the spirit with a hole in your heart. It’s hard to feel jolly if you’re feeling lonely and sad. You just don’t want to do all of the holiday things that you used to.

Six years later and I refuse to send Christmas cards. I cannot bring myself to send out a family picture without Benny, or sign a card without his name. Now I know there are ways around this. I could sign the card with ‘ The Roaf Family,’ or I can have us hold up a picture of Benny in our picture. Here’s the thing though, I don’t want to.

Maybe it’s my way of saying ‘it’s still not ok.’ Because all these years later, it really, truly isn’t. My husband has tried to push me each year to send out cards, even generic ones and I honestly just don’t want to. It was something that I enjoyed when my family was whole. My family will never be whole again.

So if you don’t receive a Christmas card from us, please don’t take it personally. It’s just one of those things now that I cannot deal with. If you’re reading this, you’re on the list in my head of people that we are thankful to have in our lives. And we love you lots. And we hope that you have an amazing holiday season. ♥️