I have plenty of pre-grief regrets, but this is supposed to be about my grief regrets.  I suppose I have a few of those too.  My biggest regret is how selfish this whole thing makes me feel.  There are days that I just feel like it’s all about me and my pain and there are so many people out there dealing with their own stuff.  It’s hard to realize sometimes that there are other things happening outside of what happened to us.

I regret not writing sooner in the process, I think it would have been helpful.  I regret that I don’t write nearly as much I want to, need to.  There are so many things in my head fighting to get out.

I regret not getting my life back together sooner.  Looking back, I feel like I was in a coma, even though I was present.  I wish that I had picked myself up a little sooner.

There are triggers everywhere.  Most of the time, I don’t even see them until it’s too late.  A song, a picture, someone asking how many kids we have, blond toddlers, the list goes on.  It’s one of those things you never expect until it’s too late and then you’re in the midst of it biting your lip, blinking your eyes and catching your breath and hoping that it passes quickly.

This post is supposed to be about anything that you felt wasn’t ‘normal’ about your grief process.  Parker and I were very fortunate to be surrounded by some of the most amazing people that pretty much told us that anything goes.  We were never made to feel weird or awkward for feeling what we were feeling.  We also never judged one another about what we were feeling either.  We are pretty lucky to have an amazing support system.

If there’s one thing that I’ve learned, it’s that there’s nothing ‘normal’ about grief.  We often don’t think about death until it’s upon us because it’s too depressing.  And then you’re stuck in the middle of it treading water.  Everyone’s reaction to grief is going to be different, each journey unique.

I’m going out of order, but I really wanted to keep this post for today, which is pregnancy and infant loss day.  While Benny was older, I really relate to the others that have lost babies, as well as grieve our miscarriage following Benny.  Today is for all of those mammas out there that have suffered through this in silence and I know way too many.  Hugs.

This post is about sharing some resources that have aided in my healing journey.  After the accident (I feel like every post starts this way), I spent hours combing the internet looking for ‘others.’  I would stay up until 2-3 in the morning to find someone that I could relate to.  I would read website after website, blog after blog.  For some reason the books that were sent our way made it all seem too real.

Then I started blogging as an outlet for myself.  A few weeks into that I found that I could follow other bloggers journeys.  I would wait all day for someone to post something.  I found ‘my people,’ others on the journey.  I also found myself in a weird group.  Most of the other bloggers that I met had lost older, adult children or infants.  I didn’t know where I belonged, it was so hard to find someone in the middle like I was.  Nonetheless, we were able to relate to one another.  A community of strangers supporting one another blindly.  It made getting through the day much easier.  Once I shared my blog and put it all out there, it felt even better.  I’ve met other moms that are just beginning their journey and now they’re using my blog as a resource.  I certainly don’t have many answers, mostly questions, but if someone can relate, then I did the right thing by sharing.

We waited several months, but went to our first support group meeting.  It was overwhelming to say the least.  We sat in a room with at least 20+ other families that had lost children, mostly adult children to suicide and addiction.  We felt like we didn’t belong and it was so hard hearing all of the stories.  We ended up switching to a smaller support group closer to home with my friend Sue.  After being there for the first few minutes I could breathe and relax.  These were our people.  Amazing, supportive people that had also lost children, but were so relatable.  I think we laugh more than we cry when we meet because we see life as a gift and our time with our children as such as well.  I feel very lucky to have met these amazing, strong women.

My sister called a few weeks after the accident in a panick.  She had a friend who was a grief counselor and had warned my sister that we needed to start seeing someone ASAP.  We got our therapists contact info from the pastor that did Benny’s services.  I just remember that first meeting, where she gave us the option to counsel us for couples, counsel one of us, or counsel both of us and as a couple (which is rare).  We both left there feeling like she was ‘the one.’  So we both spent the next two years working with her individually and as a couple.  Having that outlet was a huge help in coping with Benny’s death and enabled us to grow together as a couple, instead of apart, which happens so often.  Our therapist was also instrumental in helping us find Darcy’s therapist, that we were equally happy with.

I’ve talked about it a million times, but the Greg Hill Foundation really helped us.  Suddenly we were thrown in with other families that had suffered tragedy, Boston Marathon Bombing Survivors and everyone was so positive.  It’s an amazing family to be a part of.  It helped me to feel like less of a victim and less alone.

We’ve been very fortunate to have so many resources and great people in our lives pulling for us. 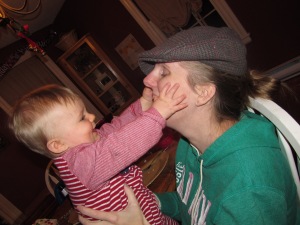 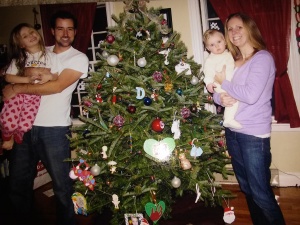 So you can keep me 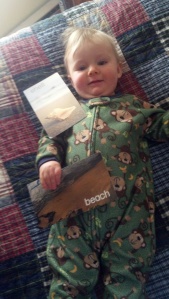 My family has changed considerably from a year ago, from two years ago.  We have welcomed another little boy, which amazes me.  I never thought I would have one son, never mind two.  We have added two new little kitties to our zoo, which has been a huge breath of fresh air.  We are now part of the Greg Hill family, such an amazing group of people that take care of each other.  We have so many new friends that we consider family.  We are truly lucky.

What’s stayed the same are our friends, our amazing, faithful friends that have embraced us and taken care of us since everything first happened.  They are a huge part of our family.  I don’t know where we be without these people.  The extended family members that constantly email, text and call us to check in have been amazing.  We are so blessed.

We’ve lost a few members of our family too.  Some friends have disappeared and I’m working on being ok with that.  Two weeks ago we had to make the decision to put our dog, Bailey down.  I’ve been with her longer than I’ve been with Parker.  It was a heart breaking decision to make and it’s been really hard not having her around.  It was the first big change to the family due to death since Benny.  It was hard to watch Darcy cope through loss again.

Benny’s birth was not at all what I expected.  Darcy had come into the world so quickly (within 4 hours of my arrival at the hospital), so we just expected Benny to come sooner.  At this point, we were still unsure if we were having a boy or a girl.  Part of me didn’t want to know and the part couldn’t, but the ultrasound techs could never get a good look.

I remember waking up in the morning feeling sick and canceling my meetings for the day.  I worked from home a little bit, but a part of me knew that it was game time.  I cooked on the BBQ that night during contractions and we took our last family walk around the neighborhood as a family of 3 to keep labor going.  By 7 we had dropped off Darcy and made the treck into Newton Wellesley Hospital.  I was pretty sure that the contractions were consistent at this point and I was worried about making it there on time because it was an hour away from Worcester.

Imagine my surprise when we got there and I was only 1 cm dilated!  I was not very happy at all.  During the exam I went to a 3 and I figured game on.  I was 4 when I walked in with Darcy and it was all so quick.  I wasn’t looking forward to the pain that I knew was coming.  I chose to work with midwives during my deliveries because I believe that natural, unmedicated childbirth is what’s best for me.  My labor with Darcy had been intense back labor with little to no break in contractions.  I wasn’t looking forward to this again.

I remember the nurse and midwife both commenting that I was probably carrying an 8 pounder.  Not something that you want to hear when your first baby was only 7 lbs. 3 oz!  We walked around the hospital and hedged our guesses on weight, height and gender.  Our nurse recorded everything on the white board in our room.

After several hours (and here I was thinking this was going to be fast!), they broke my water to get things moving.  Well, once they did that, it was like I wasn’t pregnant anymore, my belly all but disappeared.  That’s when they changed their tunes and said that it was only a 7 pounder, such happy news to hear!

I spent the early morning hours in the tub relaxing and breathing through the contractions.  Parker and I spent time hanging out with our nurse and getting to know her well.  She was amazing.  Things finally kicked into high gear around 5 AM when my contractions started to come on top of each other.  This time I had a break though, so after several minutes of intense pain, I actually could breathe!  This was so different than what I remembered and I was so relieved.  This was manageable.

After about an hour of really bad contractions and three pushes later, Benny arrived.  There was so much serenity to this birth.  My midwife was so calm and soothing, the sun was just beginning to rise and there was a quiet in the air.  I knew the instant that I delivered him (because I pretty much pulled him out and held him right away) that he was a boy.  I remember holding him to my chest, stunned that he had blond hair.  Meanwhile, everyone was asking me what he was.  Parker started crying as soon as he saw that he had a son.

I don’t remember Benny really crying or screaming as his siblings had.  He was so easy to nurse, latched right on like he had been doing so his whole life.  I remember the nurse holding him and asking him if he would be the one to declare world peace.  Everything seemed so easy with him.

If every birth could be like his, I’d have 10 kids.  Clearly though, that is not how it’s happened, but that’s ok.  That’s what makes Benny so special.  He came into this world so calmly, emitting this amazing peace.  Of course once he was older, that would all change, but for a while at least he was my serene baby.